EEC is characterized by the triad of ectrodactyly, ectodermal dysplasia, and facial clefts. Other features noted in association with EEC include numerous dental anomalies, with missing or malformed teeth, enamel hypoplasia, and atrophic jaws.

This condition is considered an enormous challenge when contemplating fixed prosthetic rehabilitation.

The present case report aims to provide a prosthetic solution in the atrophic maxilla of patients diagnosed with EEC, using Noris Medical zygomatic implants, placed via the EZgoma® guide.

Our patients are twin brothers, 20 years old, with EEC syndrome.

According to the clinical and radiographic examinations, for the first case, it was decided to install, eight implants in the maxilla. Thus, the case was planned for a Quad zygomatic protocol with bilateral 2 pterygoids.

For the second case, it was decided to install, a total of seven implants. A Quad zygomatic protocol with bilateral pterygoids (two in the right side and one in the left) for fixed prosthetic rehabilitation that will be complete after 3 months.

All components, implants, and prosthetics are directed by the guide to an accurate pre-planned position and orientation. 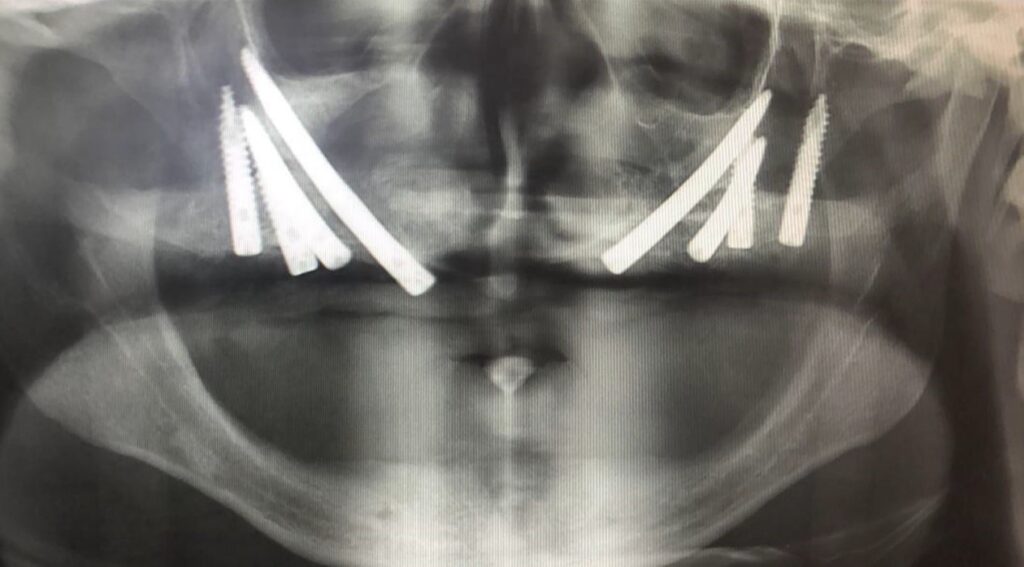